The entertainment industry is in the throes of a revolution. New technology, such as online streaming, has forever changed how artists and performers present themselves to the world. Many remain independent from big company labels. They schedule their own shows, and build their fan base using social media. There’s one tool though, they may be missing: SMS messaging.

Most artists and performers probably use SMS messaging all the time to talk with friends, family, and perhaps even their crew, drivers, or event managers. But it can be used to create demand for their shows, fill event halls, and increase sales of promotional items too.

The best way to explain the possibilities is with an example. Enter comedian Carlos Mencia. He travels to perform throughout North America and is often called an “equal-opportunity offender” as his jokes make fun of anyone and anything. He’s also been accused of plagiarism by other comedians, but his career is still thriving. That’s in part to his ability to get his fans to his shows whenever he’s in town.

And he certainly doesn’t rely on the event venue to do his advertising. Instead, he uses SMS messaging.

To get started, the first thing he needed to do was create a list of fans. So, at every show he asks the audience to text their email address to a specified number (a VMN probably). Ardent fans would willingly do so to get notified of upcoming events. But he makes an offer that’s too good for even casual fans to turn down: a chance to win free VIP tickets to one of his events in a “hot” location, like Las Vegas. Mencia says that they get about 300 new people on the list every week.

The second thing he needed to do was use that list effectively. It wouldn’t make sense to send out event notifications to people in New York when he’s performing in Ontario Canada. In fact, people might get frustrated and opt out if they kept getting notifications that weren’t relevant to them. So, he sorted the signups into cities – also known as “segmenting” in marketing language – so he would only send out notifications to people in the region he was performing. This way, people in Ontario get the message about his shows without bothering people in New York, Miami or LA.

The SMS messages about his events always include a link to buy tickets, and they send them out about a week in advance. He says that they sell out their shows faster using text messaging than they do with social media.  And that makes sense. Social media is a one-to-many medium. Chances are only a small percentage of followers will actually see any announcement in their feed.

But SMS messaging puts the information, and the ability to buy tickets, directly in front of his fans. His sold-out shows prove how effective it can be, especially when it’s used in a smart way that excites, not frustrates, fans.

If you’re an independent artist or performer, you can see from Mencia’s example of how SMS messaging can help increase ticket sales. But it can also be used to promote other items fans may like.

For example, you could send links to purchase a recording of the live show that the fan just attended. They were there, hopefully enjoyed the show (they are a fan, right?), and might jump at the chance to add it to their collection. They’ll have a personal connection to that recording, more so than just any live recording.

You could extend that to other promotional items too. DVDs, MP3s, pictures (signed perhaps?), T-shirts and any other items you think fans may want. Of course, you’d need to test out how these offers worked with your fan base. Some may work better than others.

SMS messaging offers an effective, easy, and relatively low cost way to directly connect with fans even better than using social networks. Give it a try and see how quickly you can sell out your next event! 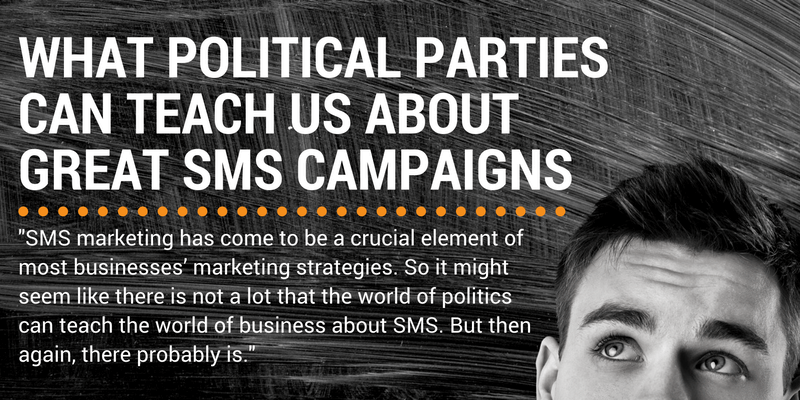 SMS marketing has come to be a crucial element of most businesses’ marketing strategies, and there is plenty of received wisdom within the marketing world as to how to get the most out of your SMS messages. So it might seem like there is not a lot that the world of politics can teach the world of business about SMS. But then again, there probably is. 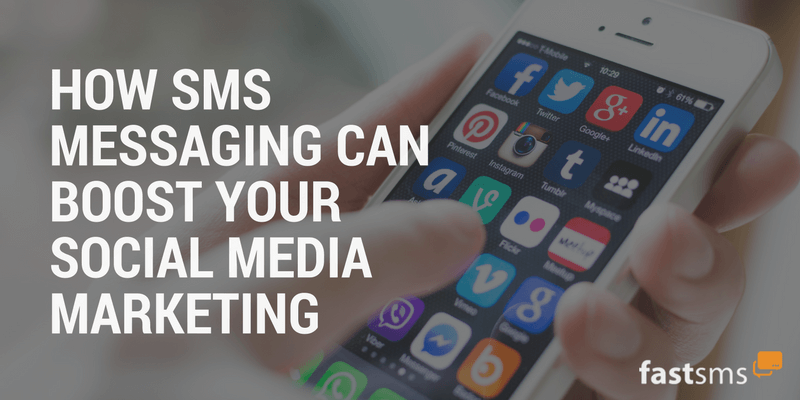 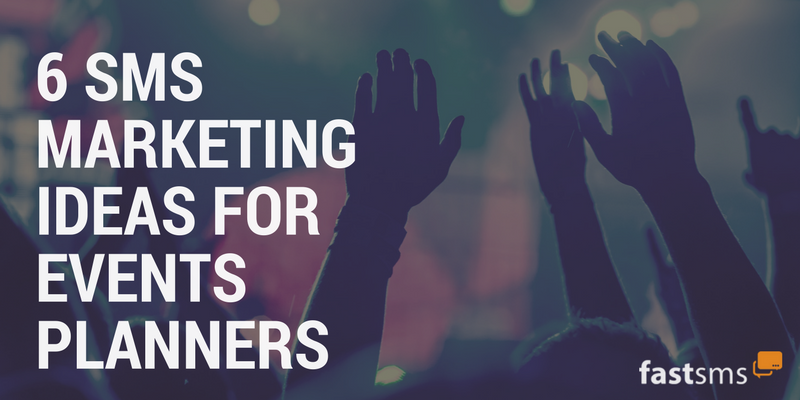 Whatever the event you are planning, from a seminar, product launch or grand opening to a concert or trade fair for hundreds or even thousands of people, SMS Marketing is a powerful, versatile and cost effective tool that has a variety of uses to help ensure that your participants and attendees enjoy the very best experience and make sure your event is as successful as possible. So how can SMS Marketing be used by event organisers? We take a look. 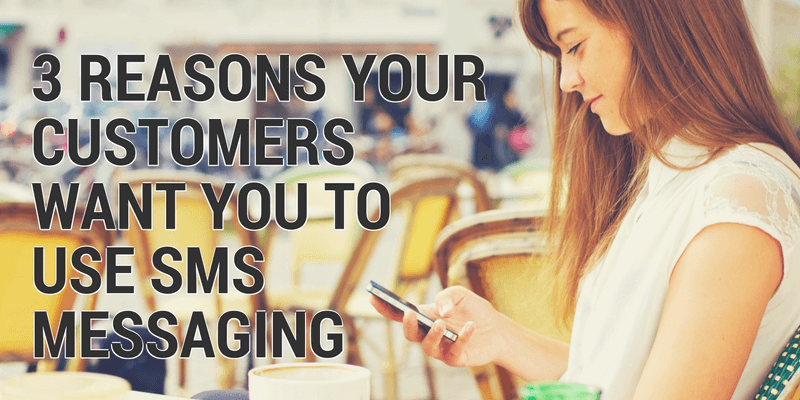 In my last blog I looked at five reasons you want to use SMS messaging in your business. In this blog we're looking at the same topic, just from the consumer's point of view. For example, how do you really know your customers want you to send them messages via SMS? Isn't email or a phone call good enough? Is it worth your time to learn how to use SMS messaging in your business? 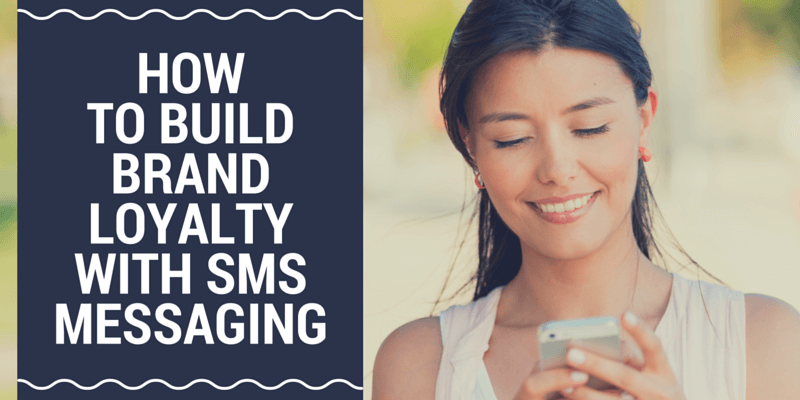 In a world where your competition can be found in just a few seconds, instilling brand loyalty in customers is a greater challenge than ever. One way to proactively reach out to customers is via SMS. The personal nature of SMS messages, combined with high read rates, gives you the opportunity to develop relationships with each customer. 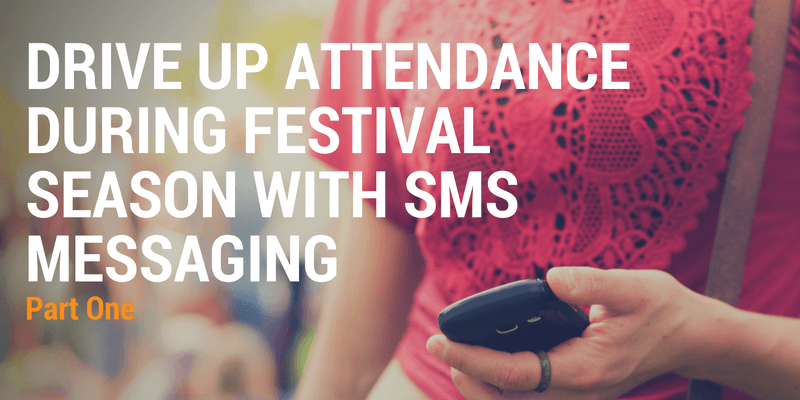 People love live music. Ticket sales worldwide are expected to reach $20.5 Billion (~£14.2B). The UK alone has around 900 festivals each year. There just aren’t enough headliners to go around. What else can you do to draw people to your event (whether you have a headliner or not)? The answer: Make your event an experience rather than just a destination. 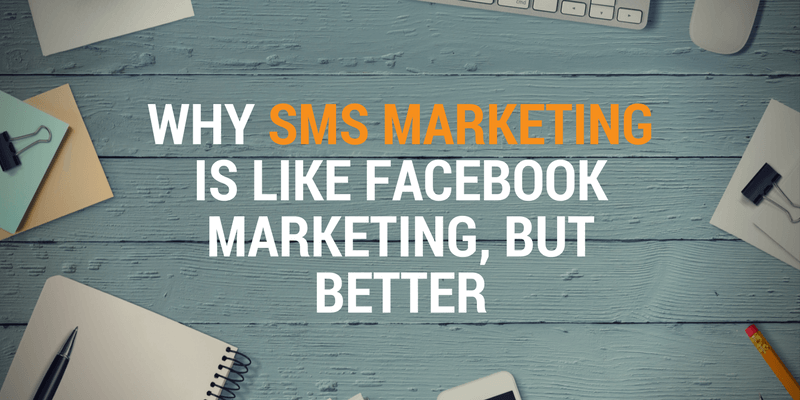 Facebook is a popular place. According to Statista, they had 1.44 billion active users in the first quarter of 2015. It’s no wonder then that businesses are flocking to advertise there. But big isn’t always better. SMS marketing is similar in many respects to Facebook advertising, and for some uses it is actually better. Let me explain and see if you agree. 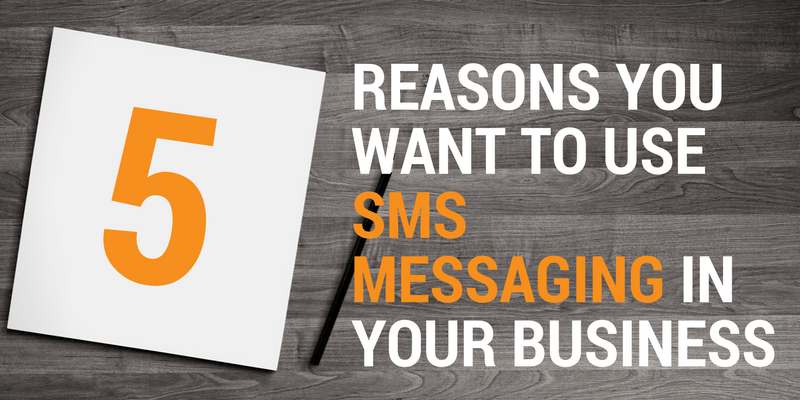