How Street Food Vendors Can Use SMS Messaging to Increase Business

Street food has never been more popular in the UK. An article in the Guardian hints it may be too popular already and have “run out of road.” Whether that’s true or not, it’s certainly true that there’s more competition now than there ever was.

The National Caterer’s Association (NCA) says the number of registered street food vendors (meaning registered for NCA services), has risen from 10 to over 1,000 in the last five years. The Guardian article says there are around 2,000 street food vendors trading in Britain. These vendors can be setup in a single location or travel around from town to town and event to event.

Several successful traders interviewed by the Huffington Post say that if they had to make the decision to get started today, they might not. There’s so much competition for space, and there are vendors of all types popping up everywhere. It’s far harder to be unique than it was years ago when they got started. Succeeding now involves many factors, but one of them is being able to market yourself in ways that stand out.

You can reach every mobile using SMS marketing. And while many traders have built followings using Twitter, tweets aren’t read as often as text messages. Mobile users have to have the Twitter app to get notifications to pop up on their screen, whereas text messages will appear on everyone’s phone.

Some studies done using Twitter’s own analysis tool for tweet impressions reveals that percentage-wise, most people don’t see tweets. That’s simply because they aren’t on Twitter all the time. So you can tweet a special offer or announce a new location, but your followers are likely to miss it unless they go to your feed to read it. That’s a lot of work for followers.

But SMS is different. These messages are delivered right to their mobile, just for them (and however many other people you have on that list). So they don’t need to be “watching” to see your message. And they don’t have to search for it either. This makes it the perfect way to engage the people who love your food. It’s direct communication rather than a send-and-see-who-reads-it message.

And it’s that direct, personal, form of communication that can help you drive up your orders, not just your follower list. Convinced? You should be, but if you’re on the fence or just want to know more about how and why to use SMS, read on.

The NCA recently posted a blog about a study showing that the average Brit skips 5 meals a week. Here are their top reasons why:

You’ve probably met some of these types of people while working on the street. They might even be regulars that you know don’t always make their usual stop. Turning these Brits who miss a meal into consistent customers could be an easy trick using SMS messaging. Once you get them to opt in to your special SMS offerings, you can start sending them messages. Here are some examples of messaging that can be used to help each of the specific reasons above:

No time to eat: Street food is fast. We’ll it’s certainly faster than cooking on your own, and usually faster than sitting down at a restaurant, or waiting for a take-away. Periodically remind the people on your SMS list that you have food ready to go in under three minutes, or five or whatever your number is. If you’re busy and have a queue so your food takes longer you might want to consider that in your messages. In other words, don’t promise you’ll have them food in three minutes if they have to wait 15 minutes in line first. But you get the idea. Taking this a step further, you could also have them send an order by text message that you can have ready when they show up (with a special pick-up queue too!). The possibilities are really up to you.

Forgetting to eat meals: This one screams SMS messaging. You could have a special opt in list for people who want daily lunch reminders. Once someone signs up they get a message every weekday about an hour before lunch. You could also add to that by letting them request another reminder later by using a special keyword in their reply. These are likely to be frequent customers, so maybe offer a discount or special deal for everyone on a list like this.

Can’t be bothered to cook: These types of people probably already live on take-away and street food. If you can get them to sign up to your list you’ll probably have a customer for a very long time. Use SMS messaging to announce new specials, discounts, or other incentives. If they signed up they already like your food, so give them a reason to keep coming to you rather than the new trader who setup next door.

Not good at cooking: Well, first take a look at the “Can’t be bothered to cook” section above. Then realise your food could be the perfect answer to a meal they overcooked, burnt or dropped. Your food could save the day! They will probably be interested in the same types of offers as the ones who don’t want to cook at all, perhaps just not as frequently.

I like snacks: Street food is like a snack in that you can “grab and go”. If your food lends itself to snacking – small portions, lasts a long time, or can be easily saved for later – considering getting people to sign up for a list specifically for the people who prefer to eat this way. Advertise to them your snacking specials via SMS at a snack time, perhaps between usual meal times. You’ll put yourself ahead of the competition featuring good but filling or large amounts of food for this type of foodie.

If you’re interested in using SMS to grow your business, take a look at our Restaurant SMS guide. You’ll find great information on using SMS in the food industry. When you’re ready, click on our live chat and we’ll answer all your questions and get your free account setup so you can get started right away. 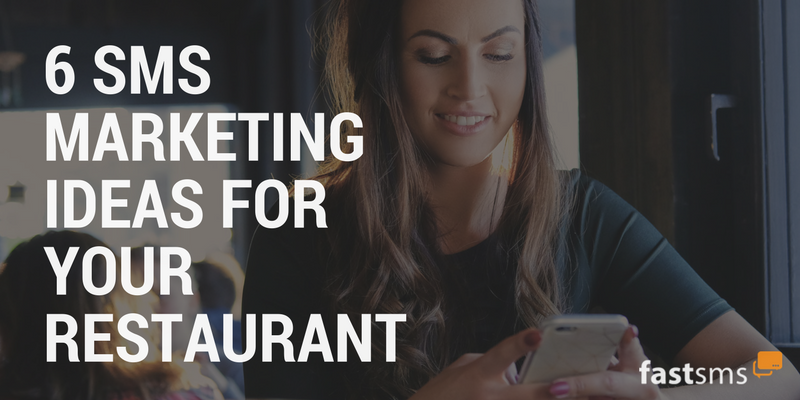 The UK’s thriving eating-out market is worth over £40 Billion and all the evidence indicates this is only set to increase. There has, however, been a huge shift in the way customers interact with eateries. SMS Marketing is an excellent way for restaurants to reach both new and existing customers to keep people coming through the door and filling tables. Read this article to learn how restaurants can use SMS Marketing to their advantage and stay profitable in an ever more challenging climate. 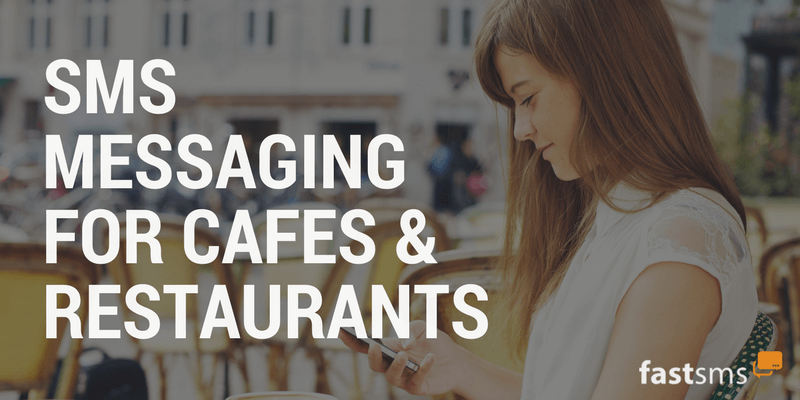 SMS Messaging for Cafes and Restaurants

SMS Messaging for Cafes and Restaurants

With more and more people than ever before eating out and sampling food from around the world in eateries up and down the country, the restaurant sector is booming. But if you're operating a small business in the hospitality sector, you need to make sure that you keep your premises as full and thriving as possible in order to pay your bills and keep the enterprise sustainable. That's where SMS messaging comes in. In this blog post, we will look at ways you can use SMS messaging to make your business processes more efficient, boost your customer numbers and become the most popular place in town. 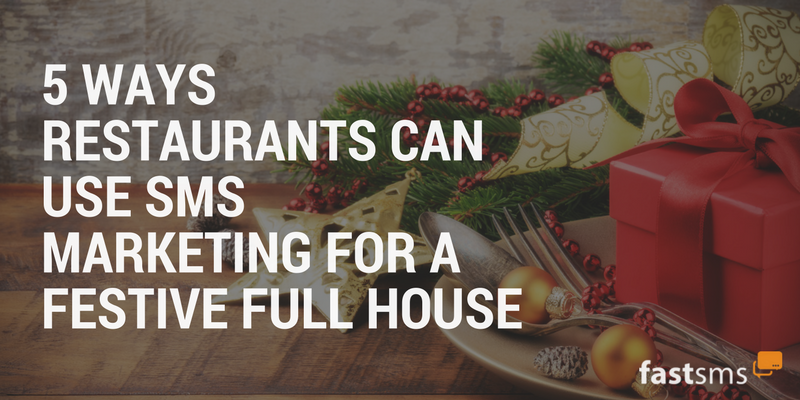 With little over five weeks left until Christmas, the festive party season is about to begin. As soon as December is upon us, restaurants all over the UK will be opening their doors for what they hope will be their busiest period of the year. Whether your customers are looking to advance book for a family meal, meet up with friends or simply eat out for a refreshing change, SMS Marketing is without a doubt a powerful tool to make sure that your business can celebrate a full house this festive season. 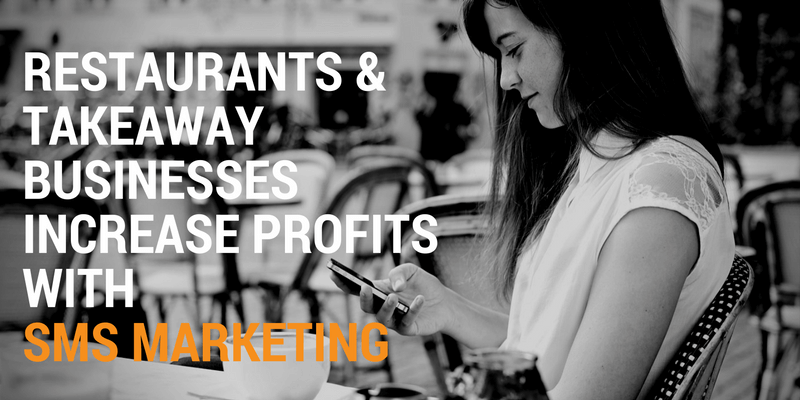 Your customers are likely thinking about food at certain times of the day, and at those times their phone is almost certainly within arms reach. Using SMS marketing you can time your messages perfectly because you know that the time you send them is the time they get read, usually within 2 minutes. 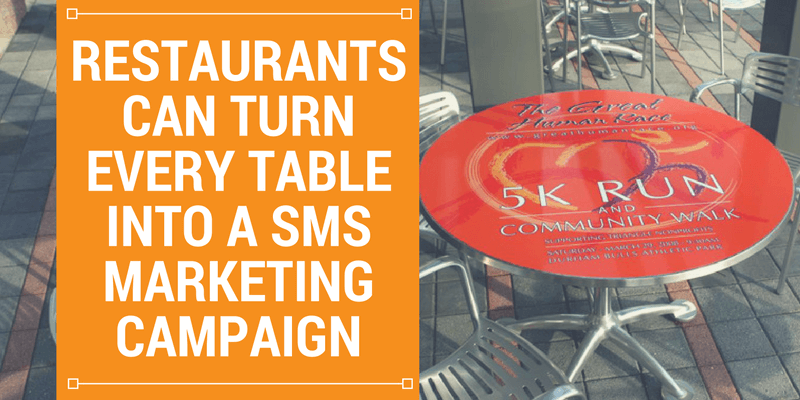 How brands can maximise sales for Valentine’s Day 2021

Campaign ideas and templates to help restaurants, cafes, retailers and hair and beauty businesses make the most of the love economy during lockdown. 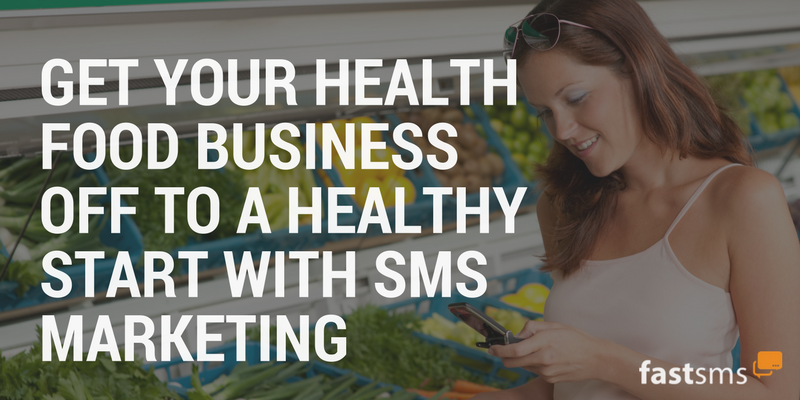 Gluten free, vegan, paleo and organic products have all surged in popularity over 2017, and it is reported by the Soil Association that the organic market alone is now worth over £2 billion to the British economy. For retailers and health food outlets, there has never been a better time to be in business - and SMS Marketing could help you to ride the wave and maximise revenues in 2018. So how can health food businesses make the most of the channel? Here are some easy to implement ideas. 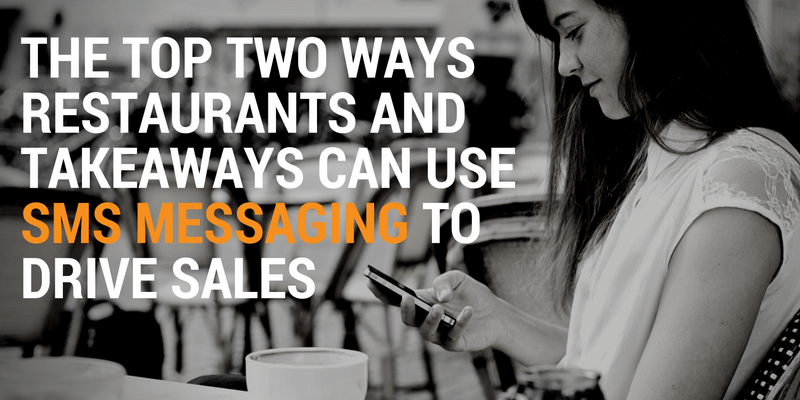 There are many, many different ways SMS messaging can be used for marketing and sales. But if you could only use it just a little, here are the two we recommend for restaurants and takeaways to help increase sales. If you put these two SMS messaging ideas to work for your restaurant you just may be surprised how quickly your list grows, and how fast your sales improve. 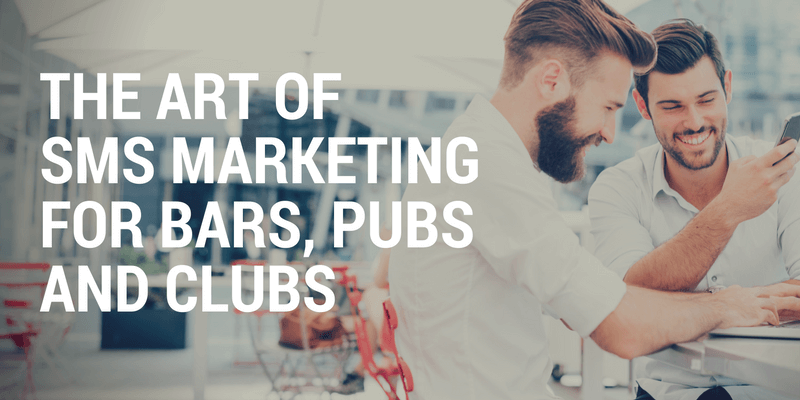 SMS marketing can be a double-edged sword, which is why it's crucial to ensure that each one of your campaigns is well thought out, immaculately spelt, financially accurate (i.e., the prices listed are correct), and, perhaps most importantly, the time and date is 100% accurate. Only once you have triple-checked each one of the components should you then consider sending out a batch.