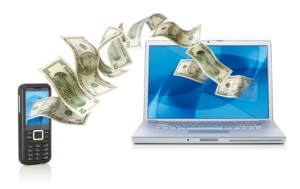 SMS reverse billing is a form of “micro-billing” based around SMS text messaging. It allows small transactions to be conveniently made by sending an SMS text message from a specific shortcode.

The operator of the shortcode holding the keyword receives a proportion of the amount that is charged for the message. Reverse billing is now becoming a viable alternative to credit cards when dealing with low value transactions, allowing for automated payment systems that can be integrated into a website, or be operated in a completely remote location.

As buyer charges are made, based on the messages received, the process can be initiated by the end user texting a keyword on the shortcode, which then responds with an MT message resulting in the charge at the agreed rate.

Reverse-billed SMS messages are only sent if specifically requested by the phone user. However, many unscrupulous operators will send reverse-charged messages without prior consent of the recipient. The charges often go unnoticed by users on Pay As You Go plans without itemised billing.

Charities have tried to make use of reverse billing as an extra means of receiving donations but this has not been particularly successful. The problem is that if the donor gives a pound donation 20% of that pound is VAT. Of the remaining 80p the owner of the shortcode will retain maybe 10% as a commission and the mobile network may take as much as 30%. As a result the charity receives as little as 40p of the £1 donated.

Charities can derive a lot of benefit from SMS but not really from reverse billing. Read our case study on charities here.