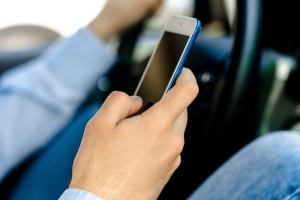 In the 1980’s, two competing systems for mobile communication were developed: GSM and CDMA (Code Division Multiple Access). GSM became the standard in almost every country. Today, according to the GSMA, it provides coverage for 90% of the world’s population.

The fastsms network can deliver messages to all GSM networks, which includes over 200 countries. You can find a map of our coverage here. It has native support for SMS messaging as well.

Since the usage of “G”s for “generation” began, GSM is often referred to as the 2G network. Though, it wasn’t until “3G” came out that this type of terminology became popular. But GSM was indeed the second generation of mobile network technologies.

The original, 1G, network used time division multiple access (TDMA) methodology and only provided voice or analogue information. Different organisations went to work on defining a digital system to use in wireless communications. GSM was one of those and it’s a digital version of TDMA. CDMA was another option that became available just prior to the 2Gstandard.

According to an article in PCmag.com, most American carriers chose to use CDMA because it was available first in the 1990s. They also chose it because it gave them more control over the devices used on their networks.

However, many countries chose to mandate GSM. In these places, including all of Europe, every carrier was required to use GSM in order to ensure calls and data could be exchanged no matter which carrier people chose. Because of this, you can pick up any phone in Europe and use it anywhere in Europe. If you switch carriers, you can take your phone with you.

As mobile phones grew in popularity, GSM wasn’t able to support the growth. Instead of switching to another technology (like CDMA), a new standard was developed. General Packet Radio Service, or GPRS, was developed as an extension to GSM.

There are some technical differences between GSM and GPRS that change how voice and data are handled by devices and carriers. Two major impact of these is that network capacity was improved, and devices now had the ability to send data.

In recent years though, most networks have moved beyond 2G and into 3G. However, 2G is still common in developing countries.