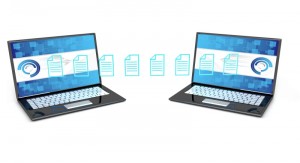 FTP is a standard network protocol used to exchange and manipulate files over a Transmission Control Protocol/Internet Protocol (TCP/IP) based network, such as the Internet. Built on a client-server architecture it utilises separate control and data connections between the client and server applications.

The Fastsms API offers FTP/SCP (Secure Copy Protocol) to its users so they can upload lists of numbers to be sent to, and when, allowing the complex scheduling of message broadcasts. FTP and SCP are used to transfer files from one computer (such as a personal workstation) to a remote host. A key factor in file transfers is that they require a login to the remote computer. The FTP utility is no longer based on the original 1971 File Transfer Protocol because of that protocol’s security weaknesses.

The most common basis for FTP today is the FTP Secure Protocol, or FTPS, which uses Transport Layer Security to provide encryption. SCP was originally developed with its own protocol as part of the Secure Shell utility, but was completely rewritten in 2006, and is now based on SFTP, which stands for Secure FTP, or SSH FTP. SCP now operates within an environment that encrypts all data exchanges.

If you need an FTP client we recommend Filezilla which is reliable, easy to use and free. You can download a copy here. Many view this as a slightly old fashioned tool but it remains popular because of its simplicity and familiarity to long established computer users.