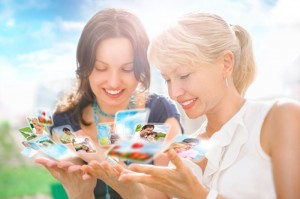 Multimedia messaging service (MMS) is a standard way to send messages that include multimedia content to and from mobile phones. It extends the core SMS (short message service) capability that only allows exchange of text messages up to 160 characters in length (although generally 3 such messages can be strung together for a longer message).

Unlike text-only SMS, commercial MMS can deliver a variety of media including up to 40 seconds of video, one image, multiple images via slideshow, or audio plus unlimited characters.

MMS messages are delivered in a completely different way from SMS. The sent message is forwarded to the carrier’s MMS store and forward server, known as the MMSC (multimedia messaging service centre). If the receiver is on another carrier, then the MMSC forwards the message to the MMSC of the recipient’s carrier using the Internet. Once the recipient’s MMSC has received a message, it first determines whether the receiver’s handset can receive MMS. Before delivering content, some MMSCs also include a conversion service that will attempt to modify the multimedia content into a format suitable for the receiver. This is known as “content adaptation”. If the receiver’s handset is not MMS capable, the message is usually delivered to a web-based service from where the content can be viewed from a normal internet browser.