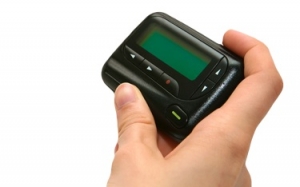 Simple Network Paging Protocol (SNPP) is a protocol that defines a method by which a pager can receive or send (in some cases) a message over the Internet. It is supported by most major paging providers, and serves as an alternative to the paging modems used by many telecommunications services.

SNPP was initially developed as a one-way solution, but it has evolved into a protocol capable of supporting two-way messaging. It is a fairly simple protocol that can run over TCP/IP and send out a page using only a handful of well-documented commands.

The protocol allows the user to issue multiple PAGE commands per message, allowing the same message to be sent to several devices on that network with one MESS and SEND command pair.